Stadtwerke Dresden GmbH operates twelve transformer stations and around 1,600 substations, seven combined heat and power plants and four waterworks, supplying around 300,000 customers in Dresden and the surrounding area with electricity, natural gas, drinking water and district heating. 124 fitters and 37 dispatchers are responsible for the maintenance of the networks.
Until 2013, the scheduling of maintenance orders was carried out with a self-developed scheduling tool. The fitters received their orders for the day in the morning from their respective foreman at the branch. Only then could they set off alone or in teams and start processing their orders. They filled out the feedback on the completed orders on paper. The office staff then checked these notifications and recorded them electronically for further processing. 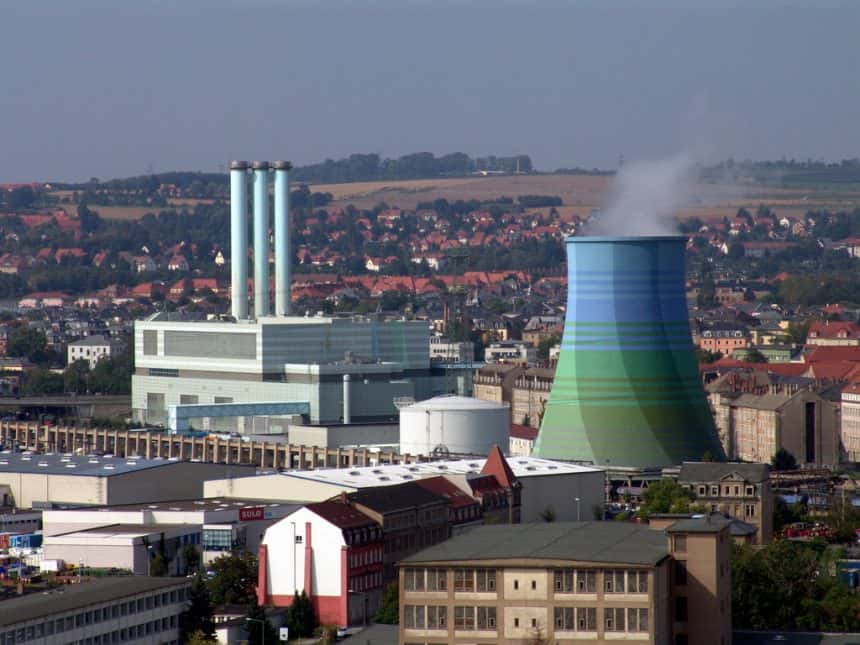 One of DREWAG's seven combined heat and power plants with cooling tower.

Increased efficiency through the introduction of a Field Service Management system

In order to make the deployment planning and order processing of the fitters more efficient and up-to-date and to avoid media breaks, DREWAG decided to introduce a Field Service Management System in 2011. In a tendering process, various providers and solutions were evaluated. A key criterion was the ability to integrate with the backend systems SAP PM and various resource information systems based on Oracle. Finally, the choice was made in favor of mobileX-Dispatch, the field service management system for the scheduling of mobile resources, and mobileX-MIP for Field Service, the mobile solution for the order processing of technicians on site. In 2013, the two solutions for the gas, water, district heating and electricity sectors were introduced at DREWAG in a first expansion stage. Subsequently, the gradual implementation for the individual business processes took place over several expansion stages.
The schedulers plan the service and maintenance orders for the fitters about two weeks in advance. In doing so, they use a wizard in mobileX-Dispatch as a template generator for creating the operations of SAP PM collective orders. The templates are structured according to divisions, task groups and activities. The dispatchers select default values for the activities from a list. This shortens the input process and ensures the correct assignment to the collective orders.
The fitters now receive their orders directly on their mobile devices. This gives them offline access to all relevant information such as the plant structure, object data, usage history and notifications in SAP PM and the backend system SIS. It is also possible to jump to an offline GIS to view the network history there and, for example, to search for the origin of faults in a particular area.
In mobileX-MIP for Field Service, the technician on site records the system status. In doing so, data such as measurement documents are checked for plausibility directly upon entry. The check criteria for this are transferred from SAP PM to the mobile device and used during entry. The confirmations for the orders and daily reports are transmitted directly to the backend systems by mobileX-MIP for Field Service. This eliminates the time-consuming, manual transfer of data from paper documents.

Another major productivity advance was made in 2016 with the introduction of Dynamic Forms – an add-on module of mobileX-MIP for Field Service for digitizing paper forms. For the so-called mass processes such as the inspection of gas or water fittings, hydrants or substations, fitters previously had to fill out different paper forms. A total of about 38,000 documents were created per year. Filling out these forms and manually transferring the data to the back-end systems alone took a total of 424 working days. With the help of the dynamic forms of mobileX-MIP, these paper forms were digitized centrally and rolled out to the fitters. They can now fill them out directly on their mobile devices. In the form itself, they can maintain the characteristics via selection catalogs, integrate photos, perform redlining and sign. Once they have completed the order, the data is transferred to the back-end system both structured as a data record and unstructured as a PDF document.

The use of Dynamic Forms in DREWAG’s mobile maintenance has significantly improved transparency and the flow of information, increased productivity and optimized data quality

For the near future, the migration to version 5.0 of the Field Service Management Suite is planned, which also includes some enhancements in the Dynamic Forms. For example, read access to the entire standard data model means that practically any data from mobileX-MIP for Field Service can be used to centrally create customer-specific forms with their own entry dialogs, roll them out automatically and initiate customer-specific processes. 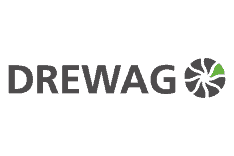 DREWAG (Die Stadtwerke Dresden GmbH) is a Dresden-based company, for the city and its inhabitants, with revenues of €1.05 billion (2012).
DREWAG operates 7 heating power stations and 4 hydroelectric power stations in Dresden, in addition to 12 transfer stations and around 1,600 transformer or consumer substations, and uses them to supply around 300,000 customers with electricity, natural gas, drinking water, and district heating.