mobileX has won Kässbohrer Geländefahrzeug AG as a new customer for mobileX-CrossMIP, the service app for technicians. Kässbohrer is the world’s leading supplier of snow groomers, known under the brand name PistenBully. With the introduction of the solution, the company wants to standardise the technical customer service of its snow groomers in different countries and provide its technicians with a user-friendly and future-proof app for order processing.

Previously, the service technicians had already been using a mobile solution, but this no longer met Kässbohrer’s growing requirements and needed to be replaced. For this reason, Kässbohrer 2020 went in search of a future-proof solution for uniform use in the various national companies. After an extensive evaluation of several providers, the decision was finally made in favour of mobileX. The decisive factor was that mobileX-CrossMIP best met Kässbohrer’s requirements and could convince with an intuitive interface. In addition, the near-standard use of the mobile app played an important role.

The implementation of the project at Kässbohrer began in September 2020. The connection to the leading SAP CS system takes place via the mobileX-SAP ERP AddOn. The go-live with the first 50 technicians in Germany, Austria, Switzerland, France and Italy took place in March 2021. A rollout in the USA is also planned. 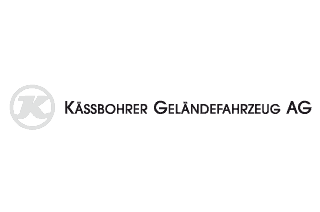 Kässbohrer Geländefahrzeug AG is the world’s leading supplier of all-terrain vehicles for slope, beach and environmental maintenance. PistenBully stands for reliability and forward-looking technologies in the preparation of pistes and cross-country ski trails. With the SNOWsat brand, digital solutions for piste and fleet management are also part of the portfolio. The PRO ACADEMY guarantees resource-saving piste management. BeachTech beach cleaning equipment ensures clean beaches worldwide. With PowerBully, Kässbohrer is further expanding its strong position in the commercial vehicle market. K COMPOSITES is a specialist and competence partner for fibre composite technology.